A part of a suite of applications we called sidecar

Statement
CRMSuite is a full stack enterprise system for dealership management and customer engagement. Automotive data is disparate and unreliable. This problem compounds as different member dealers utilize different methods and standards for adding data.
Journey
The person who manages inventory can be a different inside of each dealership. A walk-through process was created to insure the all basic data is added and media is consistent. This allowed us to maintain reliable data for the consumer and created deeper user engagement.

The approach started by crafting a brand that is modern, strong and balanced. This would reflect the program. We played with several themes and eventually settled on the toro or bull. Few things embody the ideal of strength and balance.

User's can edit current inventory information or add a new vehicle to inventory from scratch.

The VIN (Vehicle Identification Number) is a unique identifier of a car. All inventory requires a vin before attaching media to inventory item. In some cases a VIN can't be scanned so we added a means to type. Where possible we added a bit of explanation to maintain consistency.

Adding images of the inventory item can be tedious and create inconsistent data for the customer. We added predefined gallery items to guide the user. This allowed the user to capture better and more consistent images. Once again we used this opportunity to give a bit of guidance to the user.

Wave one scored much higher than we considered and we had only modest changes allowing for some improved features and to make the product stable.

After release we were able to see a dramatic improvement in consistency of data which resulted in a 53% increase in consumer engagement. 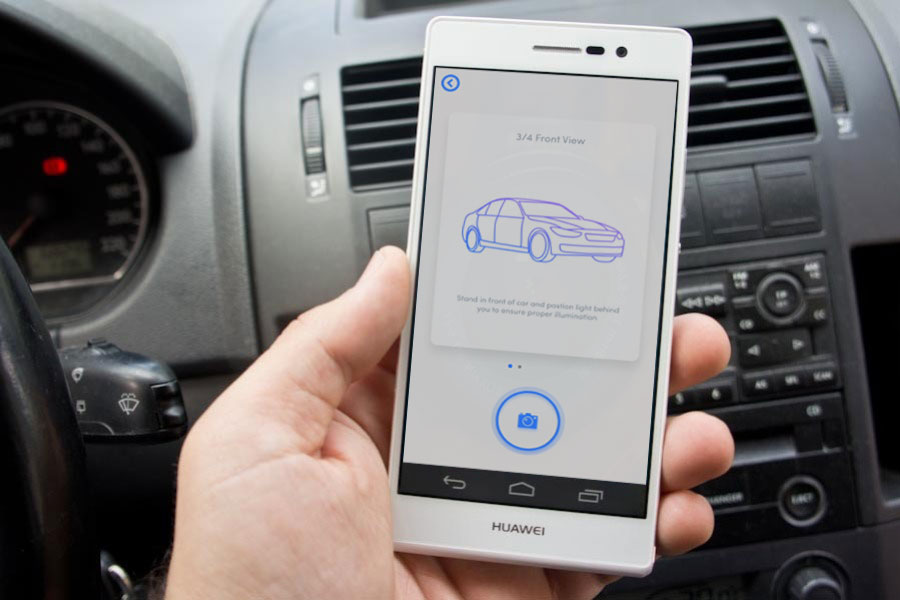